Falling in love with humans again

I’m an introvert.  It isn’t that I don’t like you, it is simply that engaging with people I don’t know exhausts me more than sprinting for 26 miles.

As I drove from Boston to Grantsville for the annual  show at Simon Pearce, the van broke down 6 times.  Yes, it hurts my mechanic-pride to say that.

It was about 1am and I was about an hour past New York City in New Jersey.  I filled up the van, hoping to find a place in the next hour to pull over and sleep, then turn the key in the morning and get right back on the road. I just got back on Rt. 78 and was cruising about 75mph when the van started to buck, almost like it was out of gas. After a few sputters and skips, it smoothed out and started running fine again.  About a mile later, it sputtered again, the dash lit up light a Christmas tree and I pulled off to the berm.  From there on the van simply wouldn’t start.

I’ve had more than my share of older cars, including once taking 3 Jeeps and building 1 good one, as well as having a Camaro with a stock car motor in it (we can laugh together about it now)… so I’m not an idiot around mechanical things anyway.  To me, this was bad gas or a clogged fuel filter.  I called AAA, and waited.

Two and a half hours later, a tow truck showed up, dropping me in their garage’s parking lot in Philipsburg, New Jersey.  I slept a couple hours,  and was there when they opened at 7am.  They replaced the $7 fuel filter for $163 (it is a 5 minute job) and I was on my way.  I got back on Rt. 78, and half an hour later coasted off the road again.

By this point, I should be setting up with my Dad, but I’m still 4 hours away.  I barely know which state I’m in, and definitely don’t know anyone nearby.

After giving the van a break, I turn the key and it starts right up.  I immediately drive to the nearest auto parts store, buying 3 cans of dry gas, 2 fuel injector cleaners, a can of octane boost, two new fuel filters, and a new air cleaner.  I did it right there in the parking lot, and the van just purred.  I was skeptical, so I gorged myself on Popeye’s fried chicken and pointed the van west, hoping for the best.

Half an hour later, I pulled off the road again.  I did this twice more, cycling between 30 minutes of cool down and about 15 minutes or running.  Each time it sounded like I was running out of gas, but I wasn’t.

Parked along the road, I was starting to wallow a little, as this was my 6th time.  I could call another tow truck, but where should I have it take me?  I was in Pennsylvania farming country by now, dear to my adolescent heritage, but not the best place to find a bunch of garages.

A little green Ford Ranger pulled off in front of me, and a bear-sized 6’6 man got out. His size was scary but was smiling.  I had just started taking the airbox and stuff off the top of the motor for access.  “Do you need any help?”  I wasn’t sure what I needed, and briefed him on my day.  “Let’s get you off the interstate, and then take it from there?  He slowly pulled me 5 miles to the next exit in Marion, PA.

Jerry was a carnival man, hauling the rides and displays around to different locations on the East Coast. I put $15 worth of premium gas in the van at the gas station as Jerry thought it sounded like it was empty, he swapped in my new fuel filter, and we shook our heads with dismay as the van idled roughly then died.

Noticing some race cars parked just up the street, I walked in, asking for some help.  They directed me back across the street, to a somewhat hidden garage next to the gas station. I was now at CEB Motors (5020 Molly Pitcher Hwy in Marion, PA; (717) 357-4635).

After describing the problem, Jay (?) grabbed his code reader and scanned the van.  He showed me that ‘crank position sensor’ came up 5 times.  “They are about $100 and I don’t have anyone that can do it before 5, and those are my kids there and I need to get them home, but do you have tools?”  I mentioned that I did, but also noted I was more comfortable with high compression race engines, and didn’t even know what a crank position sensor was.  “Don’t worry, I can get NAPA to drop one off in 15 mins, and it won’t take you long to swap.  If it all goes bad, you’re welcome to stay here and we can get right into it Friday morning.”

Sleep’s gravitational pull was enormous at this point, and with a little restaurant across the street, staying here seemed ok, though I’d miss the show my Dad and I had been working towards all year.  “Let’s do it” had the part arriving a few minutes later.

It was a 5 min swap…one electrical plug… one bolt.  The van purred, but I’d heard that many times before.  Jay described to me what the sensor did, and how it could be hacked by spraying it with brake clean to quickly cool it as a test, which raised my confidence.  Total cost = $103.62.

Packing up my tools, I realized my time with my new friend Jerry was coming to an end.  I grabbed one of the big boxes from the van, and put it in his truck. Jerry threw a bit of a fit about not wanting anything, but I gave him my psycho redhead look and he backed down.  “I know you are a good person Jerry, and I appreciate you showing me there are really nice people out there.  Thank you.”

The van purred its way the remaining 3.5 hours to Grantsville, and then 10 hours back to Boston a few days later.

I’m thankful for being placed in a vulnerable situation where I really needed the kindness of others. I’m thankful for good people like Jay and especially Jerry, who also took a chance on someone they didn’t know.  I’m thankful for a seemingly sucky adventure to remind me that while I see danger, lust, and fear all through the media, I should be focusing on what I don’t often see.

Almost all people are good people — what if we embraced that more often? 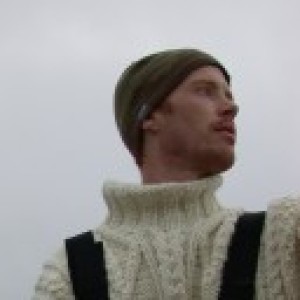